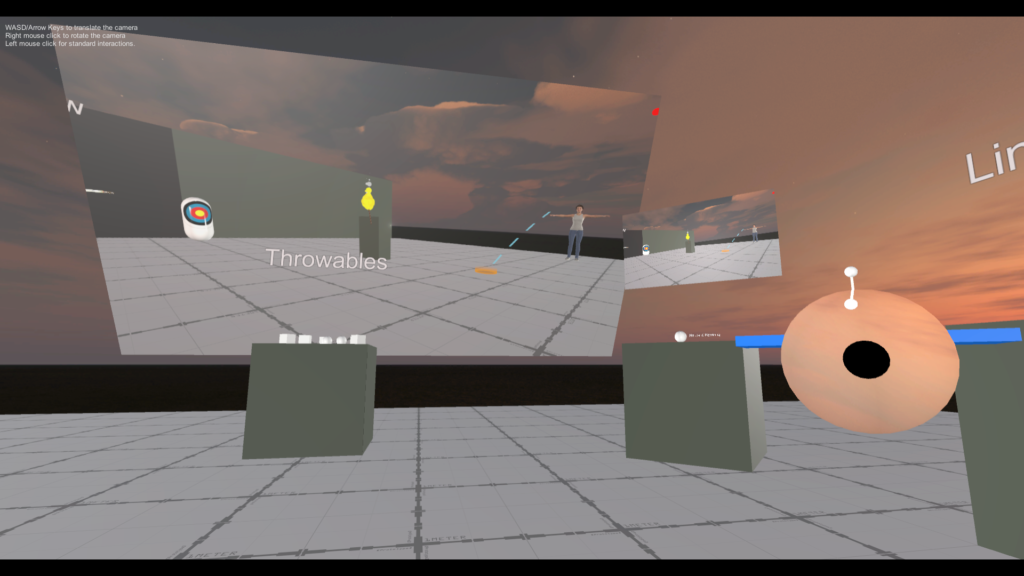 In February 2017, DBL leadership developed a Unity project to investigate how Machinima could be intuitively produced from within Virtual Reality.

A drone camera system of our own design was the core of the experience. It featured comprehensive flight and recording controls mapped to a single HTC Vive motion controller. Picture-in-picture displays were broadcast and mounted to both the controller and to the drone itself so the user could easily frame each shot. To rotate at a distance, the grip buttons are compressed. This maps the rotation transform to the rotation of the camera resulting in a one-to-one relationship. The camera drone can also be picked up, positioned, rotated, and thrown by hand. These flight controls can be used to position the camera or perform panning shots.

When the record button is pressed, an MP4 is encoded in real-time. The below video is a composite of a HMD screen-capture and the virtual drone recording output. Music was also added during the editing process.